Last summer, I learned about the Two Oceans Ultra marathon, a 56-km race around Cape Town that touches both the Indian and Atlantic Oceans. Touted as the “most beautiful race in the world”, it’s a challenging run that takes you over two mountain peaks before finally ending on the grassy fields of the University of Cape Town. 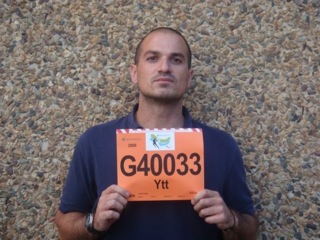 I made a note to myself to sign up when registrations opened on October 31, and I was one of the first people to sign up. Right, that’s the easy part out the way – now, I need to get “match fit.” After running a very tough New York Marathon in November with no training two weeks after my grandmother’s death, I had really suffered through the race, and I vowed not to repeat the experience in Cape Town.

From December to March, I took on a grueling 12-week schedule that required upwards of 50km of running every week, which is no mean feat when trying to balance the demands of my job at Flip, and trying to maintain some semblance of a social and family life. My mantra – first the run, then the fun – served me well as I managed long nights of running on the weekends before heading out with my friends for the usual abuse.

While on one of my early training runs, I decided to try and raise some money for charity to help me get my inspiration on those days when I just couldn’t face putting on my shoes and pounding the pavement for two hours. I set up a webpage – www.justgiving.com/yousef – and pledged the money to SOS Children’s Villages in Botswana, which provides family homes and vocational training to over 300 children in their villages in Tlokweng and Francistown. A third village is currently underway in Serowe, which will provide a home for 120 orphaned and abandoned children.

Fast forward to March 21, the night before the race. Suddenly, the reality of the challenge dawns on me – I need to run the best race of my life for 6 and 1/2 hours in order to stay ahead of the cutoff points and finish the race. Thoughts of self-doubt swirled through my mind all night. “What if I cramp up and can’t finish? How will I face all my friends and family if I don’t make it?” A few phone calls to my girlfriend and my family helped ease my worries, but I was so scared. Early to bed, for a 4:00 start.

On the way to the race, my taxi driver says to me “I don’t understand you runners. What’s wrong with a beer and television to enjoy yourself.” It’s 4:45 am, the wind is blowing a gale outside my car, and I’m starting to think the same thing. 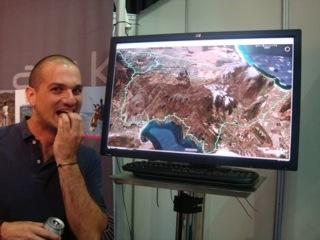 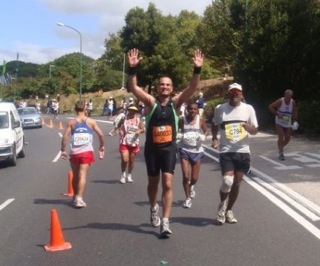 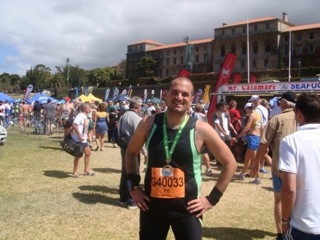 I’ve made it in 6:22:59. Thank you to everyone for your wishes, your support, and the $2,000 in charity money that I raised. On to the next challenge – the Stockholm Marathon in May!