Two more Salik toll gates will be installed in Dubai – one each on Al Maktoum Bridge and between the First and the Second Interchanges on Shaikh Zayed Road. This was announced by the Dubai Roads and Transport Authority (RTA). 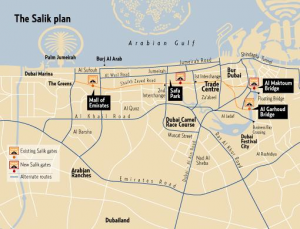 “The installation of the new toll gates comes as part of the second phase of the Salik system to regulate traffic on Dubai Roads,” said Mattar Al Tayer, Chairman of the Board and Executive Director of the RTA. The new toll gates will start working from September 9.

Recently Dubai RTA opened the new Al Garhoud Bridge with 14 lanes 7 on each side of the road. Al Garhoud Bridge will have a capacity for 16,000 vehicles per hour. This is such a great bridge. But the sad thing was no one was using it as it was having a salik gate in front of it. Everyone was using Al Maktoum Bridge. There is big traffic congestion on this side. Once the if the put this Salik gate if people wants to goto Shaikh Zayed Road they have to pay Salik. 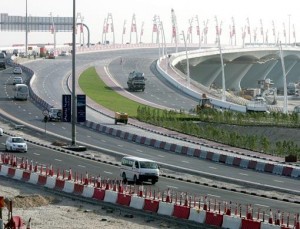 Lot of discussion is happening everywhere that Dubai is taxing the people. I strongly believe that they are trying to make lot of people life’s better. This toll system is there in lot of major cities in the world where they want to control the traffic flow. Dubai is not the first in this. We should be happy that they are not up to the biggest toll gate or most no of toll gates in the world is in Dubai 😀