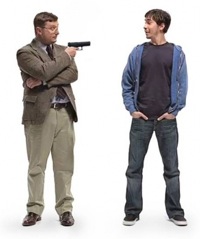 There is an interesting debate going between Gulf news technical writer Scott Schuey and users from Emirates Mac User Group (EMUG) about the article published by Scott on 7th june 2008 about Investing in a suitable computer system.

The users of EMUG started to discuss about that article “Gulf News answers the Question Should I buy an Apple Macintosh instead of a personal?”

Scott gave reply with another article on 14th June 2008 as “Live with it: Mac is not the greatest“.

The debate is going red hot, I am waiting for the next reply from Scott Schuey !!!