Yesterday Ubuntu team released 8.04 LTS for both desktop and server. I had parallels desktop for mac in 30 days evalution. I installed the new Ubuntu in parallels. I crashed 2 times whiles installtion was happening. It was not starting properly. After 3 tries I managed to install the OS. While I am opening some application the parallels kept crashing. So I decided to ditch parallels and downloaded the latest release of VMware.

The installation of Ubuntu was sweet. It went through without any issues. I can feel that VMware was much better to parallels in terms of memory management too. When I parallels my mac becomes very slow. Now it was not case. It manages the memory really well. 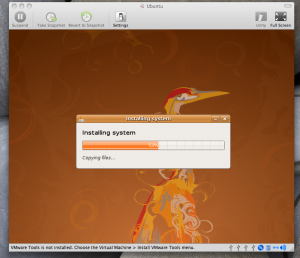 In parallels my Ubuntu installation will never used to get power off properly. In VMware everything worked as it is supposed to work. I was not able to enable the desktop effects. I think I should install some drivers for Ubuntu to enable the same. I will dig into this issues and update it latter. 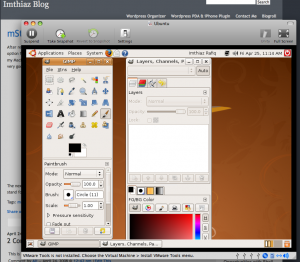 I am really happy and satisfied with VMware virtualization software over Parallels. If anyone is planning to buy Parallels just give it a thought and it a very bad choice and waste of money. I think I will purchase VMware after the evaluation period is over 😀