My Macbook was going really crazy hot and the fan was always in the maximum speed. Today I download miniStat2 from shockwidgets and found that my processor temperature was wooping hot around 65 C. So I decided I have to do something about it.

Before moving to mac I was always using AMD processors and it was always hot. I had to run couple of software which kept the temperature low. It was able to do that by making the processor to goto idle state when ever it was possible. So I started my hunt for mac 😉

After couple of searches in Google I landed on a utility named CoolBook. It was a shareware and when I installed all the options were disabled. So I Google more whether it was work buying the utility which was priced at 10 USD. In one forum one of the user gave it a try and it worked out. So I bought this software and activated the same.Â  I was asked to restart. After doing so I can see the temperature being maintained between 35 to 55 C. Which is much better compared to my old state. 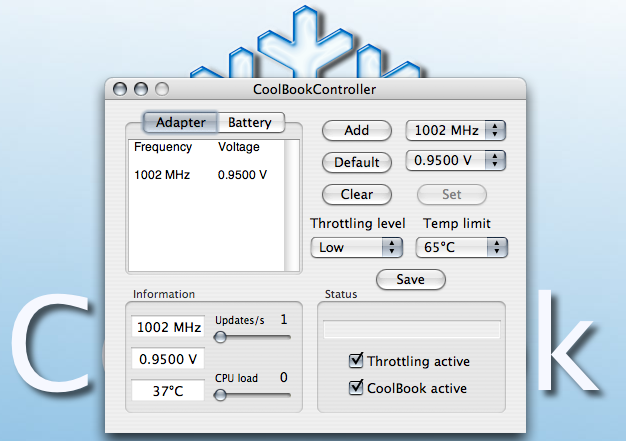 So if anyone has issues with their Macbook I suggest them to try this utility. And It is really worth paying 10 dollars by which you can save 2000 dollar 😉