For past three weeks Sheeban was bugging everyone that we should be going out somewhere on a weekend. Last week we decided that we go for Desert Safari. The next issue which travel agency was cheap and good. After the hunt we found Oasis Palm Tourism was a good option. After discount they charged 160 AED per head, which included whole lot of options. It was a real good deal. We started today afternoon around 3:00 PM from Al Ghurair City. They took us somewhere near Hatta – Oman highway around 40 km drive from Dubai. 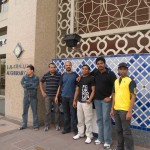 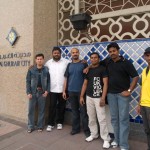 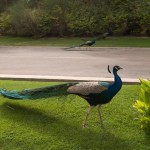 On the way we visited the entrance of Sheikh’s palace. The whole place was flooded with peacocks and it was an amazing scene. 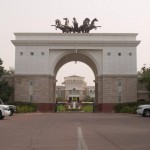 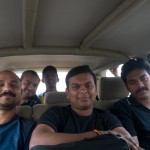 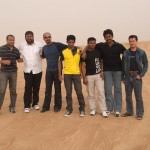 We halted for sometime before the ride in the sand dunes and took some nice pictures. To be honest it was little scary when the car was sliding on the dune slopes. I managed to take few shots even though it was impossible to hold the camera as the whole car was shaking a lot. 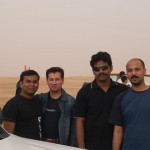 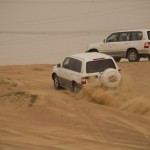 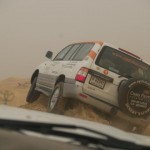 Next halt was for dune surfing and almost everyone tried except me 🙁 as I have very bad experience with skiing. After that we went for some more rounds and saw camel farm on the way to the camp. 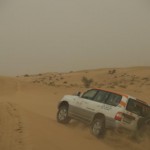 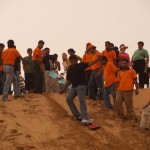 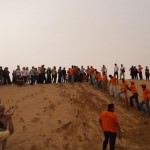 The final stop was at the camp where we had snacks, shisha, dinner and the most awaited “Belly Dancing” 😉 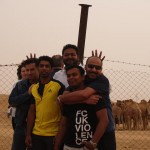 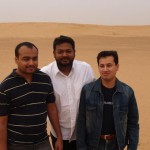 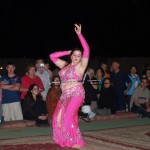 I should thank the whole team for making to this trip. It was a very good experience.

P.S: I have more nice pictures at very high resolution and if anyone wants can contact me personally 😉