Thanks to Iyad for making me a fan for another TV series Dexter. My whole weekend was spent watching this series. Plot of the season 1 as follows taken from WikiPedia 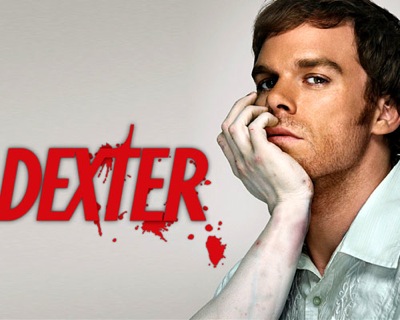 Orphaned at the age of three and harboring a traumatic secret, Dexter (Michael C. Hall, Six Feet Under) was adopted by a Miami police officer named Harry Morgan who recognized his sociopathic tendencies and, instead of getting him professional help, taught him to channel his gruesome passion for killing and dissecting in a “constructive” way: by killing people who “deserve it”. His victims, however, include not only heinous criminals (such as mob assassins and serial killers of the innocent), but also less clearly abhorrent characters, such as a young alcoholic responsible for multiple vehicular homicides, and a nurse who poisons patients believing it is to end their pain. Most have slipped through the justice system, though it is not clear any effort was ever made to prosecute some of them, for example the nurse.

To satisfy his interest in blood and to ease his own crimes, Dexter works as a blood spatter analyst for the Miami Metro Police Department. Although his drive to kill is unflinching (otherwise overcome by a feeling of “emptiness”) Dexter is, through extensive instruction from Harry, able to fake normal emotions and keep up his appearance as a socially responsible human being. He is well-liked by most of his colleagues (with the exception of Sgt. James Doakes), his girlfriend, Rita (a psychologically damaged rape victim who Dexter uses as “cover” despite his lack of feelings or interest in sex), and her children. The first season focuses mostly on “The Ice Truck Killer” — a serial killer eluding the Miami PD who is communicating with Dexter through his crime scenes. Dexter’s sister Deborah begins dating Rudy, who is revealed to the audience to be the Ice Truck Killer. At the end of the season Rudy attempts to kill Deborah, but is stopped by Dexter. Rudy reveals that he is Dexter’s brother. Dexter has no choice but to kill him and make his death look like a suicide.

Doakes doesn’t accept the suicide theory and starts tailing Dexter because of his personal suspicions. Rita’s ex-husband, set up by Dexter for a felony parole violation, is back in prison proclaiming his innocence, and points Rita to a clue to the truth about Dexter. The season ends with Dexter and his sister entering a crime scene, with Dexter imagining a tickertape parade for himself, complete with confetti and airplane fly-over, and the crowd praising him for his fine work “taking out the garbage.”