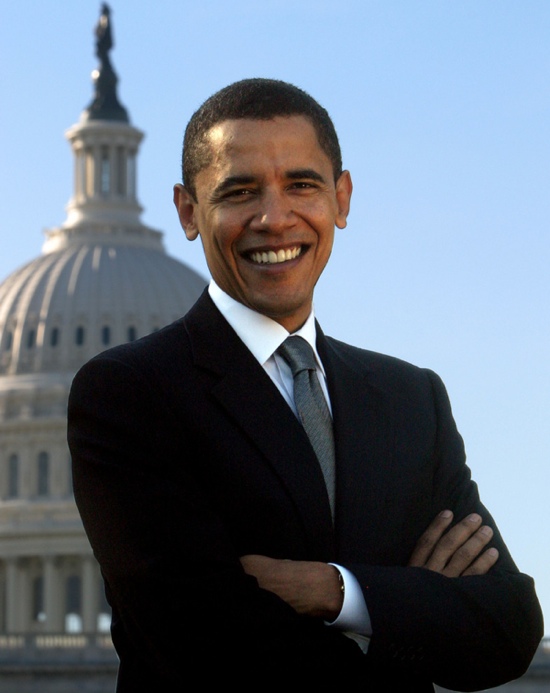 Obama is the first person of African-American descent to be nominated by a major American political party for President,[2] and the first person of African American descent to be elected President of the United States of America. A graduate of Columbia University and Harvard Law School, where he became the first black person to serve as president of the Harvard Law Review, Obama worked as a community organizer and practiced as a civil rights attorney before serving three terms in the Illinois Senate from 1997 to 2004. He taught constitutional law at the University of Chicago Law School from 1992 to 2004. Following an unsuccessful bid for a seat in the U.S. House of Representatives in 2000, he announced his campaign for the U.S. Senate in January 2003. After a primary victory in March 2004, Obama delivered the keynote address at the Democratic National Convention in July 2004. He was elected to the Senate in November 2004 with 70 percent of the vote.

As a member of the Democratic minority in the 109th Congress, he helped create legislation to control conventional weapons and to promote greater public accountability in the use of federal funds. He also made official trips to Eastern Europe, the Middle East, and Africa. During the 110th Congress, he helped create legislation regarding lobbying and electoral fraud, climate change, nuclear terrorism, and care for returned U.S. military personnel. Obama announced his presidential campaign in February 2007, and was formally nominated at the 2008 Democratic National Convention with Delaware senator Joe Biden as his running mate. Obama won the 2008 presidential election and will take the oath of office and become the 44th President of the United States on January 20, 2009.