I have been always a very big fan on Fedora Linux distribution. In recent times I have moved very much into Ubuntu. Three days back Fedora team had released the new version 9 named sulphur. I really wanted to test it how well it is working with VMware. So the hunt began.

Downloaded the i686 DVD version and started the installation. In VMware OS list there was no fedora so I had to select red hat Linux as option. The installation went very smooth and no issues or error. I felt the installater was little heavy when compared to Ubuntu installation.

Fedora booted up well and detected most of the hardware of VMware. But It was not as smooth as Ubuntu was on VMware. 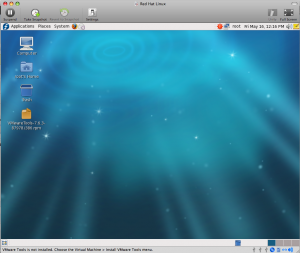 I heard there is lot of improvement and enhancements. But Ubuntu is very far ahead when it comes to Desktop Linux. I prefer sticking with Ubuntu than Fedora sulphur 😀