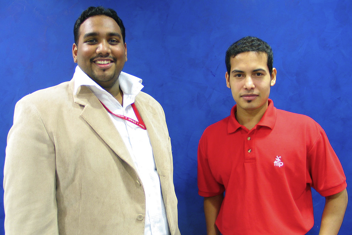 8th February 2007, Bahrain: Itâ€™s shaping up to be a record quarter for Flip Media Bahrain, as the Middle Eastâ€™s largest independent interactive agency celebrates continued success at the beginning of 2007.

The last year has been very successful with a number of new account wins, including Sakana Bank, Gulf Holdings, Villamar, Al Areen and Akhbar Al Khaleej, as well as the ongoing relationship with Bahrain International Circuit, a Flip client since 2004.

According to Paul Poulose, Business Development Manager “We are very excited that in our very first year we have garnered the top accounts and have also won 3 awards at the Bahrain Web Awards all of which have let us raise the bar in the local market. The quality of work, innovation and depth of capabilities has made us the natural first choice among the leading organizations in the country and a complete portfolio of our work can be viewed at our website www.flip.bhâ€

With the latest enhancements in the core products such as Chameleon Flip Mediaâ€™s content management solution and e-Commerce server platform, clients will be able to more easily integrate content, media, online shopping and user participation into their websites.

Additionally, the latest version of Brand Central, Flip Mediaâ€™s proprietary ad-serving and tracking tool, allows regional advertisers to have unrivalled access to every aspect of their online campaign, in real time.

In order to support the growth of the local client base and gearing up for further expansion in the region, Flip Media has been strengthening the local teams. The latest appointment to the team sees Srusti Ranjan, who has won awards at the local Bahrain Web Awards and at the World Summit Awards, to oversee the various accounts locally.

Flipâ€™s CEO Martin Diessner says “Bahrain is an important pillar for our organization and the expansion adds value to our regional clients who will benefit from the extended service offer. 2007 will see a growing focus on the development of e-Commerce enabled websites as well as an increase in the usage of online media as an integrated part of the marketing mix.”

Flip Media is also sponsoring the Global Leaders event with Ken Blanchard live in Bahrain on 21st March 2007 as interactive media partner. Dr Blanchard is one of the most insightful, powerful, and compassionate individuals in business today. He is most widely known for his phenomenal best-selling book, â€™The One Minute Managerâ€™, co-authored with Spencer Johnson, has sold more than 12 million copies and remains on best-seller lists.